Fellowship candidates have a minimum qualification of an Advanced Diploma of Naturopathy from an ANPA accredited education provider. Many fellows have higher qualifications. The candidate may be working towards a higher degree in naturopathy or a related health science area. Candidature is conferred by the ANPA Fellowship committee after 10 years of full membership with the ANPA. Fellowship status is dependent on the candidate demonstrating a significant contribution to the Naturopathic profession, Naturopathic research, Education, and the ANPA association. The fellow must have an impeccable record of conduct with no activities that could bring the ANPA into disrepute. The candidate agrees to participate in ANPA’s mentorship and education programs. 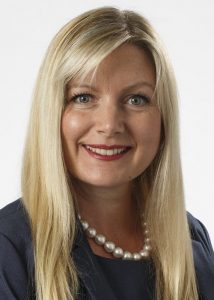 I completed Advanced Diplomas in Naturopathy, Nutrition and Western Herbal Medicine in 2006. I have 14 years of continuous clinical experience. I am proud to have established Naturepure Women’s Health Clinics in Traralgon, Warragul, Moe and Sale in Victoria.

I have employed and mentored massage therapists that work in my clinics. In 2004 I established the Naturepure Natural Skincare range. Developing these products required setting up a laboratory as well as the facility for manufacturing twenty-four products sold online as well as in retail stores and pharmacies. I have conducted numerous community events speaking to and educating groups about naturopathic principles. I have written a naturopathic health promotion book that is currently being reviewed by publishers. In 2018 I was employed by Federation University as a sessional academic to teach Nutrition to Veterinary Science and Biomedical students. I have participated in education events promoted by the ANPA as well as many additional learning opportunities going far beyond the annual required CPE points. I look forward to participating and contributing to ANPA’s mentorship and education programs. 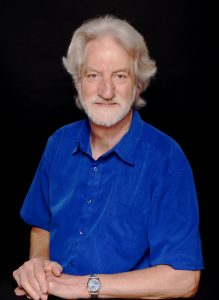 I graduated from the Australian College of Natural Medicine in Camberwell, Victoria with an Advanced Diploma. Since graduation, I have practiced full-time (except for the first year) while researching better ways to assist patients reverse chronic neuro, autoimmune and infectious diseases. I have conducted 14 Neuro Recovery Programmes for patients, over 20 Practitioner Training days around Australia, Germany, Austria, UK and USA, presented webinars for ANPA. In addition I have  presented webinars for ANPA, Health Masters Live the World Massage Conference and the New Zealand Bowen Association as well as producing handbooks for all these events.

“Stop Parkin’ and Start Livin’ – reversing the symptoms of Parkinson’s Disease” was published in 2005 and has sold to patients and practitioners in seven countries that I am aware of – probably more. “Rethinking Parkinson’s Disease” will be published in Australia during 2020. In my clinic, I have mentored a number of students completing studies at three different colleges. Part of my work with chronic infectious diseases has been mentoring qualified practitioners (including doctors) in four countries. I spent a short time as a member of the ANPA Committee and have always striven to support the work of the ANPA in every way possible. 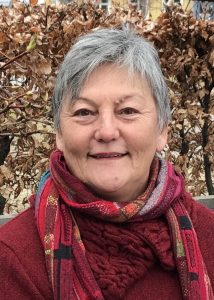 I began my studies in naturopathy in 1999. This was a personal ambition even though I had already completed degrees in education and a PhD in business. My heart is in natural medicine.  I completed my naturopathy studies and felt proud to be accepted into ANPA.  I then continued studying a Bachelor Massage and joined AAMT, MMA.  I worked as a clinical naturopath and remedial massage therapist early in my career, before continuing studies, research and working professionally as an educator in universities, most particularly QUT.  I continued to study yoga, neuroscience and health sciences because my passion was to fully understand the complex workings of the mind and natural medicine.

I have taught in the areas of my study at a university level to want to encourage young naturopaths who aspire to follow those that lead the profession. I am committed to ANPA. I believe that we have upheld our values and have a strong membership to withstand future challenges.  I would like to contribute to the fiber of leadership as a Fellow.

I will continue my current research in neuroscience especially in areas that relate to brain health. My current Master Neuroscience supports the understanding of mental health, depression, anxiety, aged health, eating disorders and many other pathways to digestion and the nervous system. 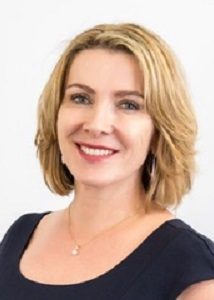 I lectured at the Australian College of Natural Medicine (later Endeavour College of Natural Health) for 15 years, where I was involved in the acceptance of the course as a university-level degree. I wrote most of the nutrition component of the naturopathic degree at that time and lectured in nutrition and herbal medicine, provided clinic supervision, then also lectured practitioners around Australia and New Zealand on treatment approaches with Orthoplex and Eagle Pharmaceuticals.  I have contributed to Pizzorno and Murray’s A Textbook of Natural Medicine, covering Lower Urinary Tract Symptoms (LUTS) – overactive bladder (OAB) and urinary incontinence (UI).

In 1999 I began researching bladder health and urinary incontinence, including involvement in 5 clinical trials assessing the effectiveness of herbal combinations for urinary incontinence. In 2006 my formula won a USA Nutrition Business Journal Award for Innovation. My latest trial was published in BMC-CAM January 2018 and in 2019 I received a USA NutraIngredients award for Research Project of the Year. 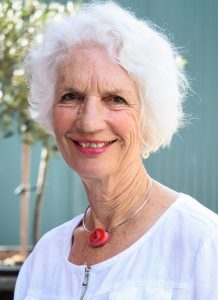 I have been working in the health industry for fifty-five years, starting with nursing in 1963 at the Alfred Hospital (Melb) before moving to Canada with my husband and commencing natural therapy studies in 1970 at UBC University.  In 1974 we moved to the UK and lived in Surrey at Sir Edward Tuckwell’s country residence, a surgeon to the Royal family. He encouraged me to study Homeopathy and Bach Flower Remedies in detail while in England.  We returned to Australia in 1975 and I had a clinic next to our house where I loved working as a natural therapist while helping to raise a family.  I attended Australian College of Natural Medicine from 1994-1997 as I wanted to understand naturopathic practice here, graduating as student of the year.  I now work with great pleasure as a natural general practitioner in a beautiful clinic on our farm close to Flinders Victoria called Sea Crest Natural Health.

As a family we “walk the talk”. Our older child is a naturopath in New Zealand, our second studied naturopathy, and our youngest child is a kinesiologist and lifestyle coach. She is married to a naturopath, who also works as a paramedic.

I served on the ANPA committee for several years and still have students coming for clinical placement or mentoring. I have continued to run evening weekly classes in meditation for over twenty-five years, and recently launched a course offering healthy midlife and aging suggestions.